So it’s my turn to blog!

I was sitting here thinking what is something I wished I had read all those years ago when I was starting a family. Something real, not sugar coated. Then it came to me….expecting your first baby!!!

I was super excited and scared when I did that first pregnancy test. I had been married for all of 4 weeks! Honeymoon baby welcome to conception.

I was quiet young and had this theory that ignorance was bliss. I will just wait till it all happens before I worry. I didn’t read books, I didn’t do classes and listened to every horror story that woman would tell me.

I did every prenatal test there was. I listened to the doctors and didn’t really question anything. I also had a sister that was pregnant at the same time and felt I guess that I should do the same as her. There has always been two ways to do things in our family…… the right way (which consists of doing what your mother, sisters, aunties and grandmother did) and then the wrong way (anything that goes against the grain)

As I sit here typing away I realise how education is the key when it comes to pregnancy and child birth. Decisions you make can change the outcome.

I did the GD test (gestational diabetes) I wasn’t at risk for it I just did it because they told me that if it went undiagnosed I could put my baby at risk and also myself. Turns out I did have it. My readings were just over and they were now treating me as a GD patient.  I controlled it with diet and would be induced at 40 weeks. I also did the GBS test (a test now that some hospitals are phasing out) and that was also positive, so that meant that I would have to have antibiotics during my labour.

I had a stretch and sweep at 40 weeks advised by the doctor to help stimulate things, which did nothing but make me spot bleed and crap all night so that the next day when I went in to be induced I had absolutely no sleep.

I was induced on the 9th of February 1999. I was so scared and also a little bit excited. I had my husband there and let’s just say half of Melbourne. I had both my sisters, my sister in law, my mother, mother in law, and my best friend. How I was supposed to get in a zone with all those people there actually makes me chuckle 19 years later.

I went through the standard text book induction. They broke my waters, put in the drip, I couldn’t cope, had the gas, a pethidine shot. Nothing was taking away this pain. Hours went by and still nothing. My body wasn’t doing what I thought it was supposed to be doing. It was a slow painful process.  My sister that had had her baby 4 months earlier was also induced (GD) and had her baby within 6 hours and had no pain relief to my knowledge. That was mentioned to me a few times during my labour. So not only did I feel like I wasn’t doing it right, I was reminded that other people did it faster and without any pain relief.

If that was me now, I would tell half the room to get the fuck out and shut the fuck up. I still get annoyed to this day that I didn’t have a voice. Finding your voice is so important. I can’t stress that enough. Whether it be with the medical team, your family, your husband or your friends. Find your fucking voice!

I ended up having the epidural at about midnight. I had been in labour since about 1 pm that day was absolutely destroyed I was 4 cms.  Once everything was in place I ended up sleeping for a few hours. 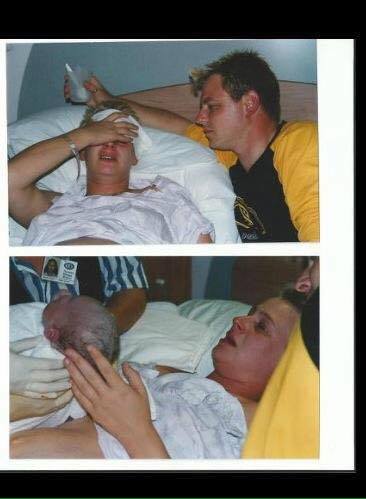 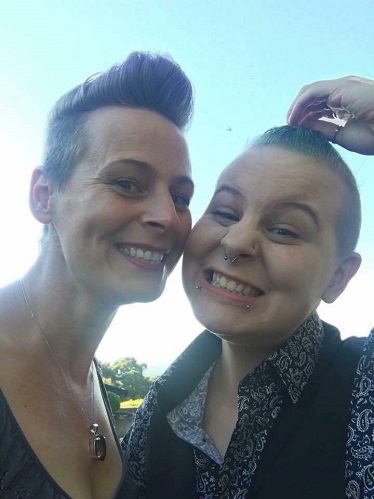 Once I woke up it was time it start pushing. I was 10cms. Oh that magic number. I thought this baby would just fall out at 10cm. How wrong was I? You actually have to push like a mother F! I pushed and pushed and bubs was slowly taking her time. This is actually a normal thing. Everything has to be stretched. I felt like I wasn’t doing it right and the doctors told me that I need help.  When I think about it now, I could have done it without help. I was just so scared that when this baby finally came out I was going to be a mum. I was going to be responsible for another human being. It just hit me like a tone of bricks and I just couldn’t follow through and push her out. With all the people in Melbourne in my room not one person looked me in the eye and said “you have got this” and meant it.

My beautiful little girl Eloise (6lb 14oz) was born at 5:23am 14 hours after induction started.  I did it. I gave birth. I had every intervention known to man, but I did it. Would I do my first birth differently if I had the chance……. No way. Her birth is her birth. It has taught me so much as a person and as a mother and Doula.

Nearly 20 years ago I birthed my daughter and have written this letter to myself:

It’s been 9 months since you said “I do” and your world is about to change dramatically. Hold on tight, it’s going to be a wild ride. There will be ups and downs, but you WILL get through it.

I know you are scared of what is to come…..The labour, the pain, the unknown. You need to embrace it. Surround yourself with people that will support you, that understand you.

Get educated! Make your own decisions about how you want to birth, whom is there to support you, what prenatal tests you want done or don’t want done. Don’t follow what everyone else has done ” because they say so” it’s your body and your birth. Just remember is okay to say NO!

Breastfeeding, ahhhh man it’s hard! It’s okay not to do it. Don’t feel bad or feel like you have failed because you decided to bottle feed. Do what you need to do for you and your baby.

I want you to know that routine is not the be all and end all. Fuck the washing, the housework. It’s not important! Bonding with your baby is all you have to do. Period!

When your beautiful daughter comes out……LOOK AT HER! Be the first to hold her. Put her on your chest and let her feel your heartbeat. Don’t miss this opportunity. This is a memory that will last a life time. Share this moment with hubby. Everyone else can wait!

There is so much more that I want to tell you, but I know that you will found out soon enough and get through it.

Let go of old criticisms, you are not that little girl anymore. You are a young adult on the verge of motherhood. Embrace it!

Be gentle and kind to yourself. You are strong!

Your older, now mother of 3 self”

About the Author: Em