My 10lber is broken

In light of the fact that I haven’t ‘blogged’ in a while.. and I promised I would and the fact that this month has been a particularly rough one I’m jumping on my soap box again to lighten my mind. 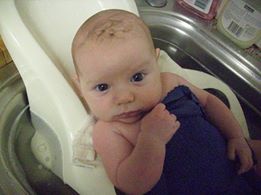 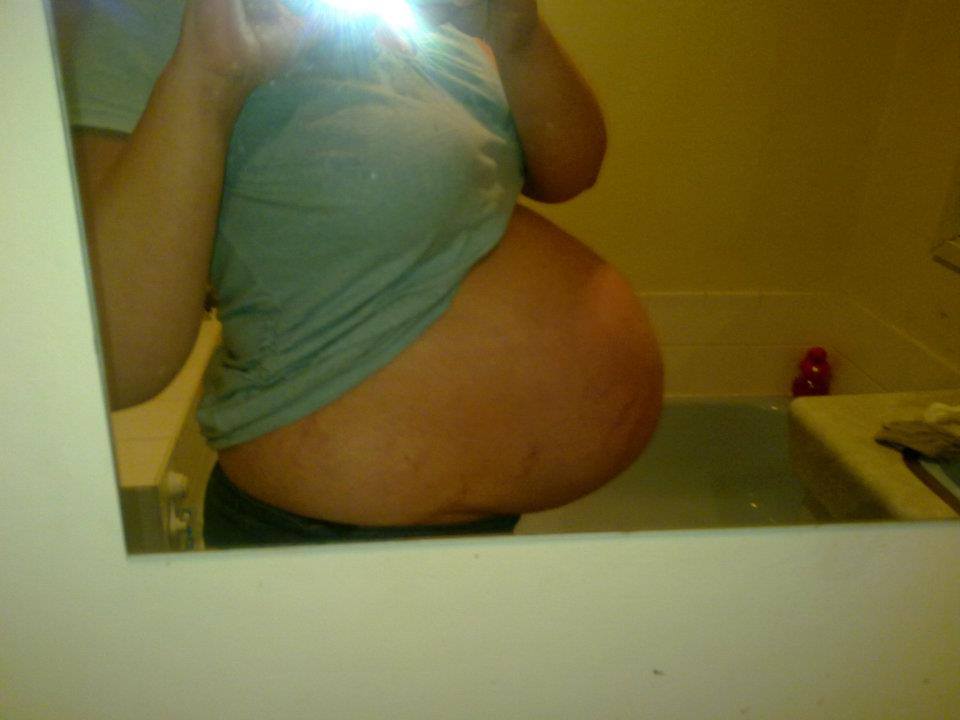 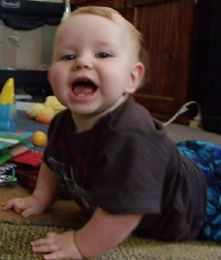 As a few of you know and quite a few of you don’t about 2 years ago my now 7 year old had a tonic clonic (formerly called grand mal) seizure in his sleep. I was 8 weeks pregnant at the time and was in early pregnancy lala land, so didn’t quite click as to what was going on. So once he came to I just shuffled him off to my bed to sleep.. as any sleep deprived, nauseated, pregnancy space cadet would. The next day he vomited all day long, so in my mind I just wrote it off as a febrile thing and kept chugging along in my pregnancy bubble.

2 weeks later it happened again, only this time it was 9am and my husband was home (he was working nights at the time). He thought he was choking as when he seizes he makes this gaggy guttural sound, so we called an ambulance. When they arrived he was conscious but not really aware of his surroundings, so we went to our local hospital. The local hospital said it was febrile because he was recovering from a cold.. but I knew there was more to the story.

For the next few weeks he kept having seizures in his sleep and we were in and out of our local hospital, we were finally sent for an EEG (this is where they glue electrodes to your head to read the brain waves) and my little man was diagnosed with Epilepsy.. he was 5.

People kept telling me things like “Oh that’s great news, epilepsy is controllable with meds” and “I have friends with epilepsy and they are just fine”.. but he was 5 and the thought of forcing him to take medication broke my heart.. We don’t even like to give Panadol to our kids so actual pharmaceutical pharmaceuticals scare the crap out of me.. having worked with them for years I know the risks etc.

So we looked into natural therapies, researched every possible avenue and sourced the controversial stuff.. but even that I couldn’t bring myself to give to my untainted, puppy dog eyed 5 year, because there was no way to test the strength of the product and no way to guarantee that the next one I sourced was going to be the same strength etc (This needs far more research and testing … but that is a WHOLE other blog post 😉) 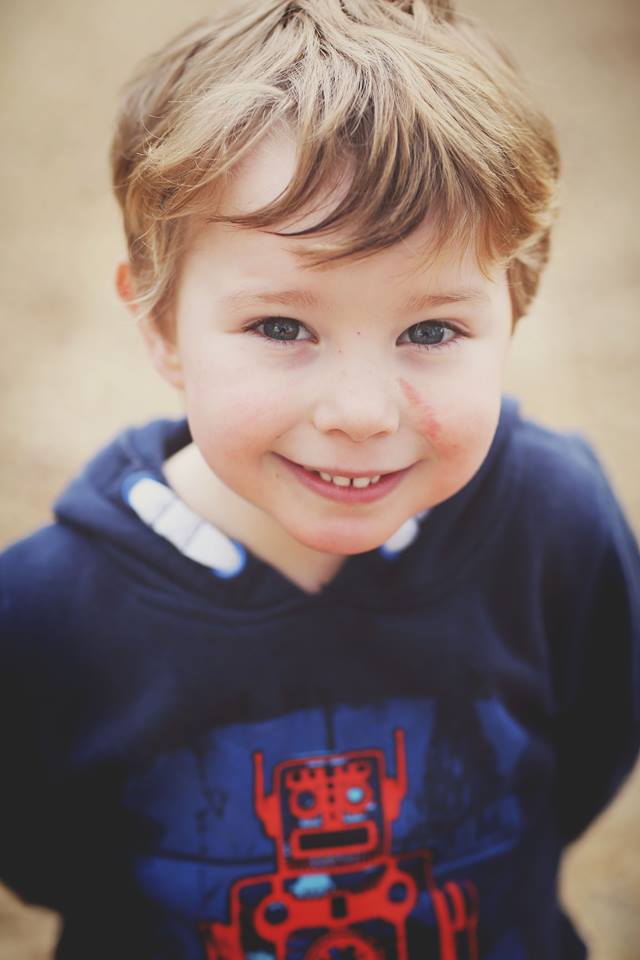 So the weeks went on and we tried to ride it out but the seizures were getting worse and we started noticing a marked increase in his behaviour changing postictally (that’s just a fancy term for after a seizure.. sadly I know these things now). After arguing with our local hospital because I thought he needed an MRI and the paediatrician there said we should avoid MRI’s at all cost because they’re difficult and can be traumatic.. oh and she also said “I doubt his facial blemish and missing teeth signify that he has a brain tumour as his gait is just fine” His “GAIT”… so apparently walking funny is the first sign of brain tumours in children?? I don’t think so…

Listening to our parental instinct my husband and I (and my rapidly growing belly), after quite a big seizure in his sleep went straight to the emergency room at the Royal Children’s and sat.. and sat.. and sat for 6 hours and were finally seen (he was climbing the walls, spitting on things, running off, couldn’t sit still etc). We were immediately referred to a neurologist.

Our neurologist recommended we immediately start an anti seizure medication, and as much I was so hesitant to do so we could see what the chronic seizures were doing to his poor little brain.. It was more than heartbreaking to watch our normal, vibrant, happy, intelligent 5 year old go down hill so rapidly.. Both myself and my hubby should own shares in Kleenex. But we stayed strong, we had to we have 5 other kids to look after.

After being on the new medication for a few months our big already baby nearly doubled in weight, he wasn’t eating as much as he had used to though it was all side effects of the meds. The medication also made him really aggressive and say things like “It’s a prophecy to do ..(insert scary violent something)..” It was really scary.. and it didn’t do a damn thing for the seizures. In fact at this point he started having daytime seizures where he would just fall to the ground and others where he would stare off and make repetitive movements and noises. I kinda felt the meds were just making him worse.

We finally went for an MRI, he had to be sedated and being hugely pregnant by this time I wasn’t allowed in. Kissing him good bye and not knowing what he faced was so hard, but we got through it.. just. Before we got the results we were admitted for an overnight EEG to see if they could capture a seizure on camera and record the brain waves at the same time. I had to stay in with him, I was 38 weeks pregnant by this time. Luck would have it (or not luck) he had a huge seizure overnight and they caught everything they needed. The next morning his neurologist came in and told us that my perfect 5 year old was riddled with tumours and has a condition called Tuberous Sclerosis. Tuberous Sclerosis is a genetic condition that causes tumours to grow on the brain, heart, kidneys and lungs and (slap that doctor at our local hospy) on the SKIN!! So the mark that was “Definitely not related” is actually a facial angiofibroma (a vascular skin tumour). 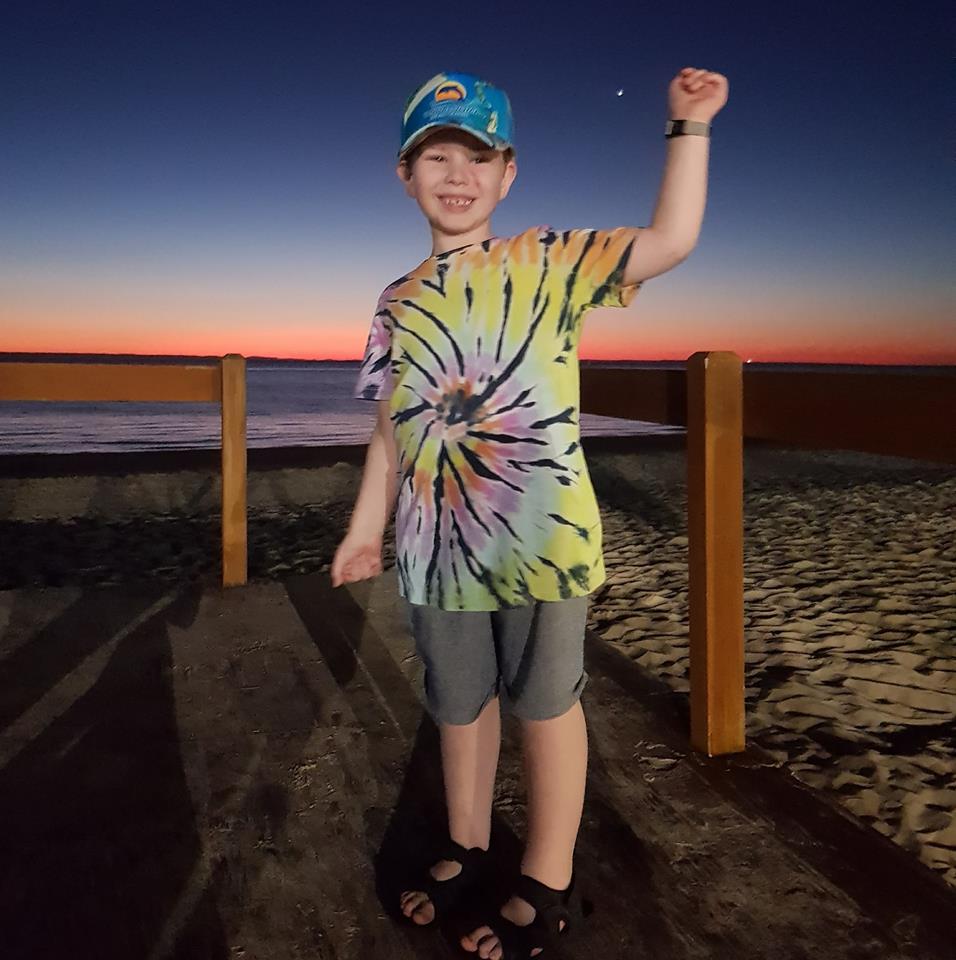 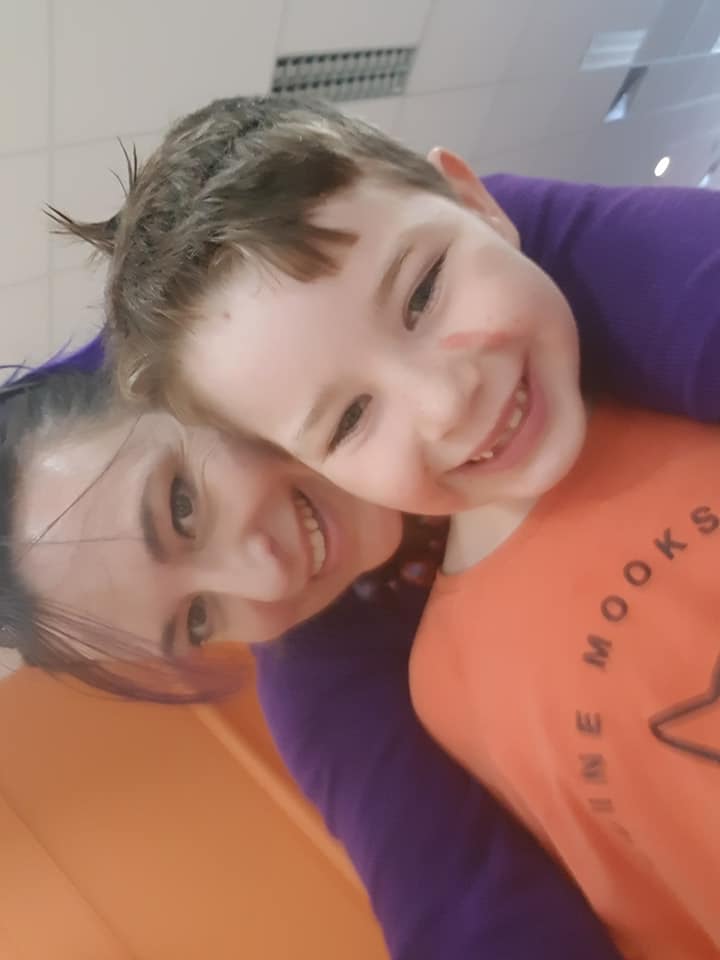 It’s been over 18 months or so since his diagnosis now, we’ve found a combination of 3 different drugs that have so far kept his seizures to minimal. His intellect has been seriously damaged and he’s about 2 years behind, he still has aggressive outbursts and forgets a lot of stuff.. but we love him none the less.. We don’t know what’s in the future, we don’t know if any of our other kids will be affected, we don’t know how long Brody will live..

For all those people that constantly say “I don’t know how you do it”.. the answer is WE JUST DO… My 10lber wasn’t broken from the beginning, we had no time to prepare. We just go on for him, because he thinks he’s normal so.. WE JUST DO, BECAUSE WE HAVE TO.

About the Author: Jen